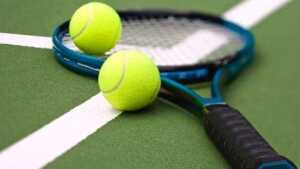 She has fought the good fight and she has finished the race.

Patricia Jean Toole, or her favorite name "Mamaw" was born in Modesta, Ca. on January 21, 1934, and finally met her favorite person Jesus Christ face to face on Thursday, September 9, 2021.

She is proceeded in death by her husband Lonnie Verl Toole of Whitehouse, her parents Paul J Overstreet & Nellie Akers along with her 3 brothers Ed Overstreet, Jack Overstreet, and Ted Overstreet all of California.

She leaves behind a very blessed family that includes 3 sons. Eugene Toole & his wife Rhonda, David Toole & his wife Alicia, John Toole & his wife Elizabeth who are all residents of Whitehouse and one daughter, Patricia Roberson, and her husband Robert of Troup. If you ever had the privilege to speak with her, she was sure to tell you all about her "biggest blessings" 14 GRAND kids and her 14 amazing

GREAT grandkids with more blessings on the way.

She met the love of her life, Verl while he was stationed in the Navy in California, and not too soon after, they moved to East Texas where the Toole family was rooted. East Texas quickly became her home, but California has always held a special place in her heart. It was in Dallas Texas where she started attending a church that was pastored by Wayne & Rozella Brashear. This was the beginning of a lifelong relationship with her very favorite person, Jesus Christ. She developed many close lifelong friendships through Urban Park Assembly of God and although she & Verl lived in Troup, Texas every weekend they would drive to Dallas to attend church and fellowship with the ones that meant the most to her. She was also a member of the Whitehouse First Assembly and has been so faithful over the past several years.

Mamaw was gifted with several hobbies and to just name a few let's begin with her love for cooking in which she was known for her coconut pie that has won several blue-ribbon contests. Then there is the fact she was a tennis buff in which she holds a state championship title in the state of California. One of her most precious gifts is the knowledge she has for gardening and nurturing her many plants and flower beds, and everyone knew roses were her favorite. This is where she liked to spend most of her time. And let us not forget her singing voice and how she loved to use this beautiful instrument to honor and give Glory to her Lord and Savior. Even through a diagnosis of nasal pharynx cancer in the year 2001 in which she was told the radiation would destroy her vocal cords, she never lost her determination or faith and she continued to sing his praises every day of her life even up to her last breath here on earth.

Her relationship with Jesus Christ was such an example of strength, love, courage, and faith of how we all should live every day. She told everyone that she encountered about her relationship with him and in the exact words of this amazing Godly woman:

"He is my Father, He is my Healer and I will see you in the morning. END OF STORY".

Arrangements are as follows:

To send flowers to the family or plant a tree in memory of Patricia Jean Toole, please visit our floral store.